In Idaho’s west-central mountains, a resort with a checkered past is not just bouncing back – it’s on the verge of booming. 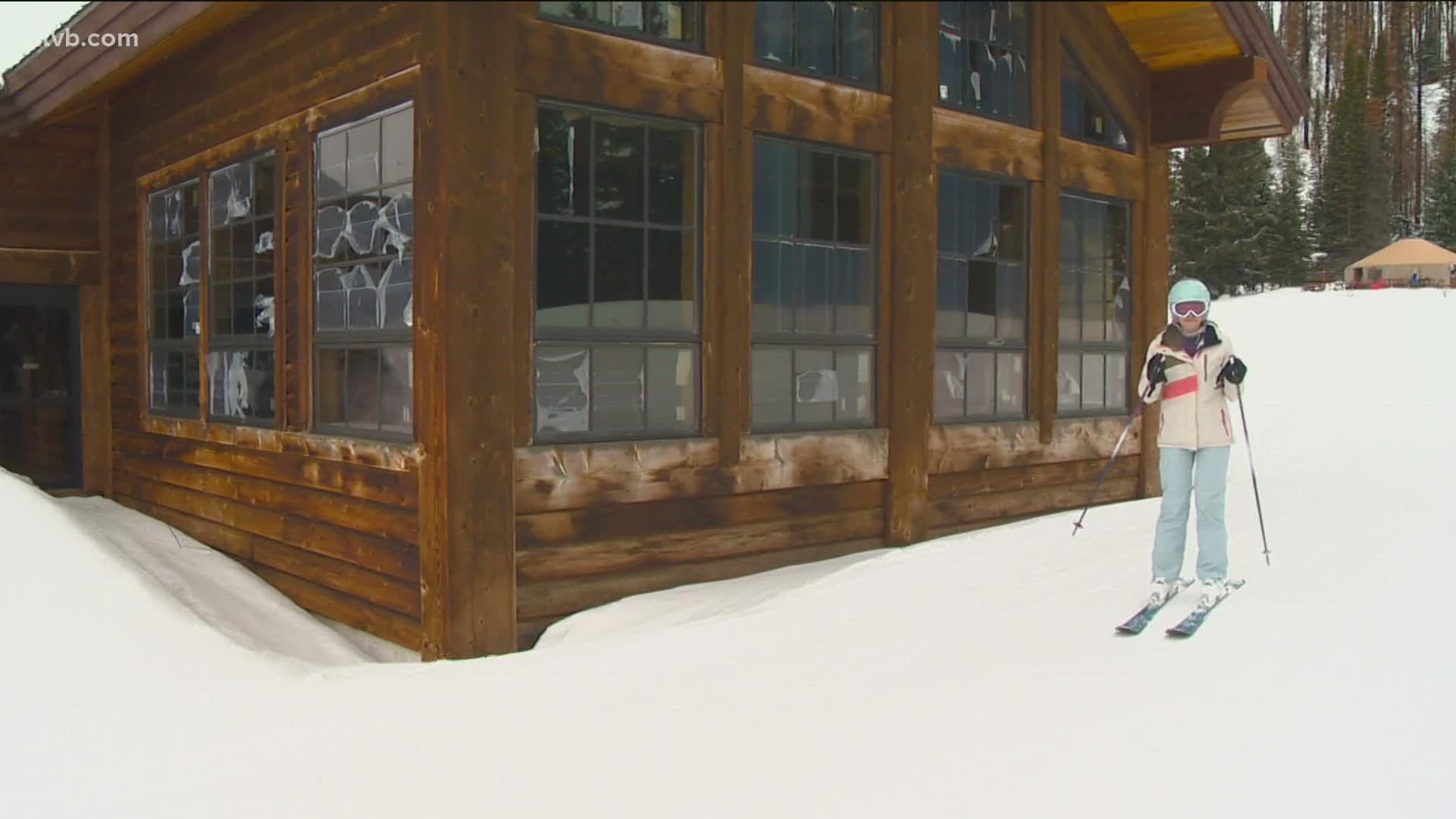 TAMARACK, Idaho — In Idaho’s west-central mountains, a resort with a checkered past is not just bouncing back – it’s on the verge of booming.

The Boise National Forest accepted Tamarack Resort’s special use application for its proposal to expand its footprint and develop the area, the first step in a long public process.

The owners are hoping to grow year-round recreation as it continues to pump millions of dollars into revitalizing and reviving the resort.

The rise and fall of Tamarack was well-documented, with the resort declaring bankruptcy twice since it was first announced in the late 1980s.

The resort officially opened as Tamarack in 2004, cycling through multiple owners through the years. In 2008, the Great Recession – coupled with bad business decisions – hit the mountain, along with its real estate holdings and golf course, hard. The Valley County resort shut down entirely in 2009.

“That was a pretty traumatic experience,” Turlington said.

Construction was already completed on dozens of houses on the mountain and the Lodge at Osprey Meadows, and people owned the homes. But construction on the village at the base came to a screeching halt.

The next year, however, the Tamarack homeowners association brought the resort back to life, preserving the buildings and operating the mountain on a “limited basis.”

Temporary domes dotted the base, unaffectionately nicknamed “Tyvek village.” The area where condos, restaurants and retail were in the works sat untouched for years.

“Everything was frozen in time,” Turlington said, crediting the homeowners and employees of Tamarack for keeping it going.

Finally, a group of private investment companies bought the resort, and village construction re-started a decade after stopping.

Today, the all-season resort is very much alive, with major improvements over the last two seasons. Tamarack has added amenities in the village, including a new skier services shop and ski school, and more food and drink options in the rendezvous food hall.

“This is why I stayed: this is it,” said Ashcraft. “It happened.”

The revitalization is reflected in the price of passes: Day tickets cost $115, $35 dollars more than a lift ticket for nearby Brundage. To combat some of those affordability problems, students in Valley County and New Meadows school now get free year-round lift access, with the Sky Pass. Turlington says Tamarack will introduce a Valley County teacher pass later this year.

Rising costs are also apparent in the real estate, with many of the newly-finished condos in the village selling for well over a million dollars.

“The prices have continued to increase as a result of the demand,” Turlington said.

Lakeside, Tamarack owners are working with the state to build a marina.

New owners just bought the 18-hole Osprey Meadows Golf Course, which opened in 2005 and was allowed to go “back to nature” in 2016. The new owners plan to restore it, starting with the driving range this summer, and open the full course by 2024.

The remnants of abandonment, including the mid-mountain lodge, are still apparent. The state has required Tamarack to finish the lodge by 2024.

Between state-leased land and private land, the all-season resort sits on 3,600 acres. It wants to grow on another 2,100 acres of national forest, and add six more lifts.

Tamarack saw the most visitors ever Winter 2020 to Summer 2021. Earlier this month, Tamarack cleared its first hurdle for growing the mountain when the Forest Service accepted a special use permit for the expansion plan.”

“Logistics are going to be a big challenge: with construction workers, access and housing,” Turlington said.

The “Lakeview Village Project” is aimed at solving some of those issues, with the resort planning to build a K-8 charter school, fire station and new housing for hundreds of employees this fall.

“We start by taking care of those who take care of others,” Ashcraft said.

That is something County Commissioner Sherri Maupin is all for.

“Housing is our greatest need right now in Valley County,” she said. “We absolutely need to find locals a place to live.”

There can be good and bad that comes with growth, she said. The county and Tamarack worked together on infrastructure needs, like road development and sewer and water.

She hopes the resort will partner again on developing better traffic plans.

“As they add more people we have great transportation needs; getting people over to that mountain is going to be something that we’re going to have to address in the next few years,” Maupin said.

“It’s bittersweet for businesses,” she said. “When you’re building a $1.3 million home, no one that lives here can afford that. If anything there’s a frustration with, you’re bringing all these people here but we don’t have services and support network to take care of them.”

“The Treasure Valley is growing at breakneck speed, and while we’re 90 miles outside of there, we certainly feel that here too,” Ashcraft said. “A rising tide lifts all ships.”

“It’s a heavy weight to bear sometimes, but it’s our legacy,” Ashcraft said.

“We really had a unique opportunity to make a second first impression and I think we’ve done that really well,” he said.

Thanks for subscribing! Please check your email for further instructions.

Something went wrong. Please check your entries and try again.
Scroll To Top